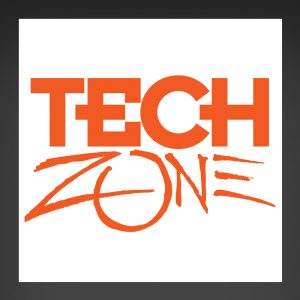 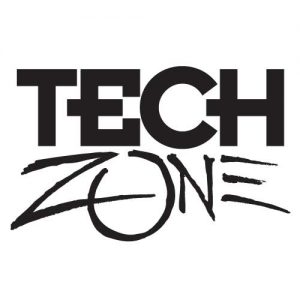 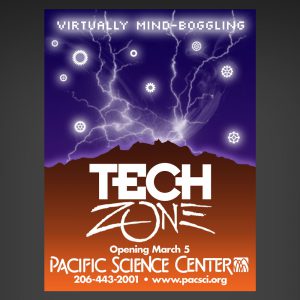 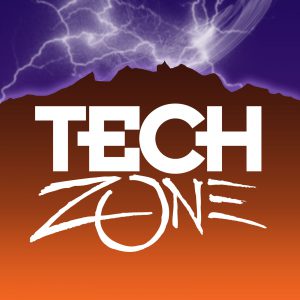 Seattle's Pacific Science Center needed a logo which would fit into a permanent exhibit that showed the development of technology from the early 1900s to early 1990s. So it had to feel modern but timeless.

I was asked to do something that felt like The Twilight Zone to imply the future and the unknown, and I played with the letterforms to reference gears common to early technology. This logo was used on posters (which I also designed) plastered around town, in extensive advertising, and featured in the exhibit, which by the late '90s was totally dated.